Healthy Young NV > Blog > Relationships > Consent is More than Just Yes or No: A Story

Consent is More than Just Yes or No: A Story 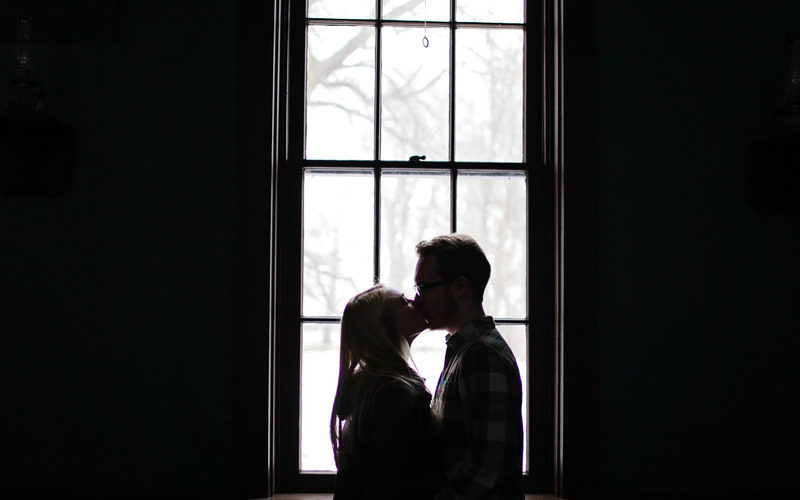 Yes or no? Girl thought.

Our lives are riddled with decisions, and every decision leads to a different path. Where do the paths you did not take lead, you ask? We may never know. But in this life, the only path we know with absolute certainty is the one we are on . . . or is it? Yes or no?

Girl stood on top of a well-defined, black line which divides the cold, white room directly down the middle. Each side, within arm’s reach, imposes a touchscreen monitor atop metal stands: a green YES written on the screen to the right, and a red NO to her left. Yes or no?

As Girl stood there, the question she had been meaning to answer and the reason she was forced into this place came to mind: “Do you want to have sex?” Boy, her boyfriend of 2 months, inquired as he gets closer to Girl and starts playing with her shirt. She stiffens. They have only done it a couple times, but her experience with him has not been the best since she feels as though he goes a little too rough for her comfort zone. But where am I?

A hologram appeared in front of her with the words “You are in the Simulation Room. Here, you will be able to find out what will happen if you choose one option over another in any given intimate scenario. Our system is 100% accurate and takes into account you and your partner(s) emotions, personalities, characters, intentions, and past histories.” Intrigued, Girl readied herself for a little game. Yes or no?

Girl reached for one of the screens and clicked YES.

The room morphed to resemble her studio apartment, and there she saw herself and her boyfriend standing in the middle of the room at the exact point and time she last remembered herself being in, before finding herself in the Simulation Room. “Come on, babe. Let’s do it,” Boy coerced.

At this time, a hologram popped up in front of Girl as she watched the scenario unfold. It read and offered two options: “‘(1) Yes, but can we please talk about it first?’ and ‘(2) Yes’.” She clicked the first option and she in the scenario said those exact words. Thus, a conversation ensued, explaining to Boy how she feels uncomfortable about what they had done so far while outlining what she liked and did not like. As a result, Boy listened and Girl no longer felt discomfort.

The hologram popped up once again and asked, “Would you like to see what would have happened if you had clicked ‘(2) Yes’?” Again, Girl clicked yes, and it seemed as though a rewind button had been pressed on a television show. What she observed differently from the previous simulation was how she felt and what occurred; discomfort still persisted. She came to the point of saying, “Stop,” as she kicked him off.

The room morphed once again, displaying the plain, white room she was previously in. However, this time, only one touchscreen monitor presented itself: the one on her left which read NO. Girl extended her hand and touched the screen, then once again, the room transformed into her ever familiar studio apartment.

“No,” her simulation self said.

The hologram appears, but before Girl can choose an option, it flickers in and out several times before ultimately flickering out. Drawing a blank, no response was uttered by simulation Girl. Boy asked again and became slightly more assertive. He started kissing her while clasping his hands around her arms. He repeatedly muttered, “Let’s do it. Let’s do it, babe. Come on, why don’t you want to?” She sternly pushes him and shouts, “STOP!” Boy backs away in disbelief. In a brief moment, Girl wonders whether or not she wants to continue in the relationship, as she reflects on the past discussions she’s had with Boy. Despite Girl sharing her feelings and concerns, it appears that Boy was not taking them into consideration.

As a spectator, what Girl saw was concerning and now knew where she stood and was no longer hesitant in expressing herself. The room transformed once again, and as if a switch had been flipped back on, she found herself in her studio apartment, face to face with Boy.

This story illustrates an internal conflict experienced by Girl, as she struggles to communicate with her relatively new boyfriend. With each simulation, it was emphasized that the best action to yield the best outcome is through an open, honest conversation discussing their desires and boundaries. Comfort is of the utmost importance, thus communication is an important aspect of engaging in sexual activity. Though conversation may seem awkward or difficult, it is necessary to ensure that the parties involved feel safe and have fun in the process.

Here are some tips to effectively communicate with your partner, as provided by the Student Health and Counseling Services of the University of California, Davis:

● Think about your wants and needs, as well as your boundaries
● Keeping an open mind, ask your partner if they want to be sexual with you
● Make specific requests
● Speak up if you are unsure
● Speak up if you change your mind
● Check in with your partner, taking in their body language (non-verbal) and verbal responses
● Ask if you want to do something else
● With an open mind, ask for permission every time

However, sometimes, conversation may not cut it. Frankly, you might come across a partner who simply does not respect consent. As laid out by LoveisRespect.org, there are some red flags which you can identify to indicate whether your partner respects consent or not, such as

● Pressuring or guilt you into doing things you do not want or are hesitant to do
● Making you feel like you “owe” them by dating you, giving you a gift, etc.
● Negatively reacting to failed advances or to delayed responses
● Disregarding your wishes and non-verbal cues that indicate that you do not consent

At this point, it may be best to reconsider or even question the relationship. If you are unsure of what to do, you have the option to talk to a trusted, trained advocate through the LoveisRespect.org help line at 866-331-9474, or you can utilize their online chat option by clicking “Chat Now” at the top of their website.

This blog was written for Healthy Young NV by Patricia, a High Sierra AHEC Student Ambassador: 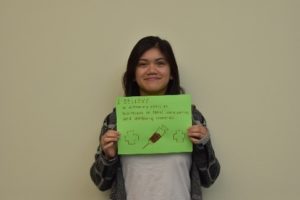